Mine's fairly humble! I use:

I also have a cheap throw-around Chromebook I use for on the go.
Last edited: Oct 5, 2019

As the central storage I have a Synology 2-bay NAS which gets replaced by unlimited Google cloud.

And now why all this? We are two and also do photo & video. That's why a Razer Core X will extend the setup in near future and we also have several cameras and lenses.

Because music is important and I hate to wear headphones during work I also have two stereos with Bose speakers and Bluetooth JBL headphones.

For gaming we also have an Xbox one, old Wii and for binge watching some Chromecasts and an Amazon fire TV box.

I actually wrote a blog post showin off my office! theluigi.com/blog/the-office

But for those who don't feel like clickin off and reading my site, i'm rockin the 27 inch, 5k retina iMac, with a second curved monitor as well. I also use a 13 inch MacBook for work on the go. I always have my airpods in and am probably jammin out to Dave Matthews or something. I love music and need it to build anything hahaha.

I also have an iPad pro and an iPhone XS Max. These are both nice to use browsersync with so I can preview my designs on multiple devices.

I use a 15'' MBP 2016 with my mouse. I also have an iPad Air 1, but I almost never use it. My phone is a iPhone 8 now. The backup harddrive is 2TB LaCie. In addition I have a Wacom Intuos Draw, which is nice to have. The browsersync between all Apple devices is indeed really handy @theluigi.

iPhone 11 Pro when on the move.

Looking at getting an iPad.

Mine is not humble at all, and I'm super lucky to have the rig I do.

Operating system-wise, I dual-boot Ubuntu and Windows. I use Ubuntu primarily, I have a custom theme and a lot of other tweaks applied. I'm hoping to get a second monitor at some point in the future but right now I'm super happy with what I have. For travel I have a Surface Book 2.
Last edited: Oct 7, 2019

Asks "why?" too much

I don't work with anything special or anything meant for coding. My main goal is making sure my tools are as ergonomic as possible.

My typical set up is:

When I use my desk (which should be wayyyyyyy more often):
I'm also looking forward to receiving a Dygma keyboard that I ordered. 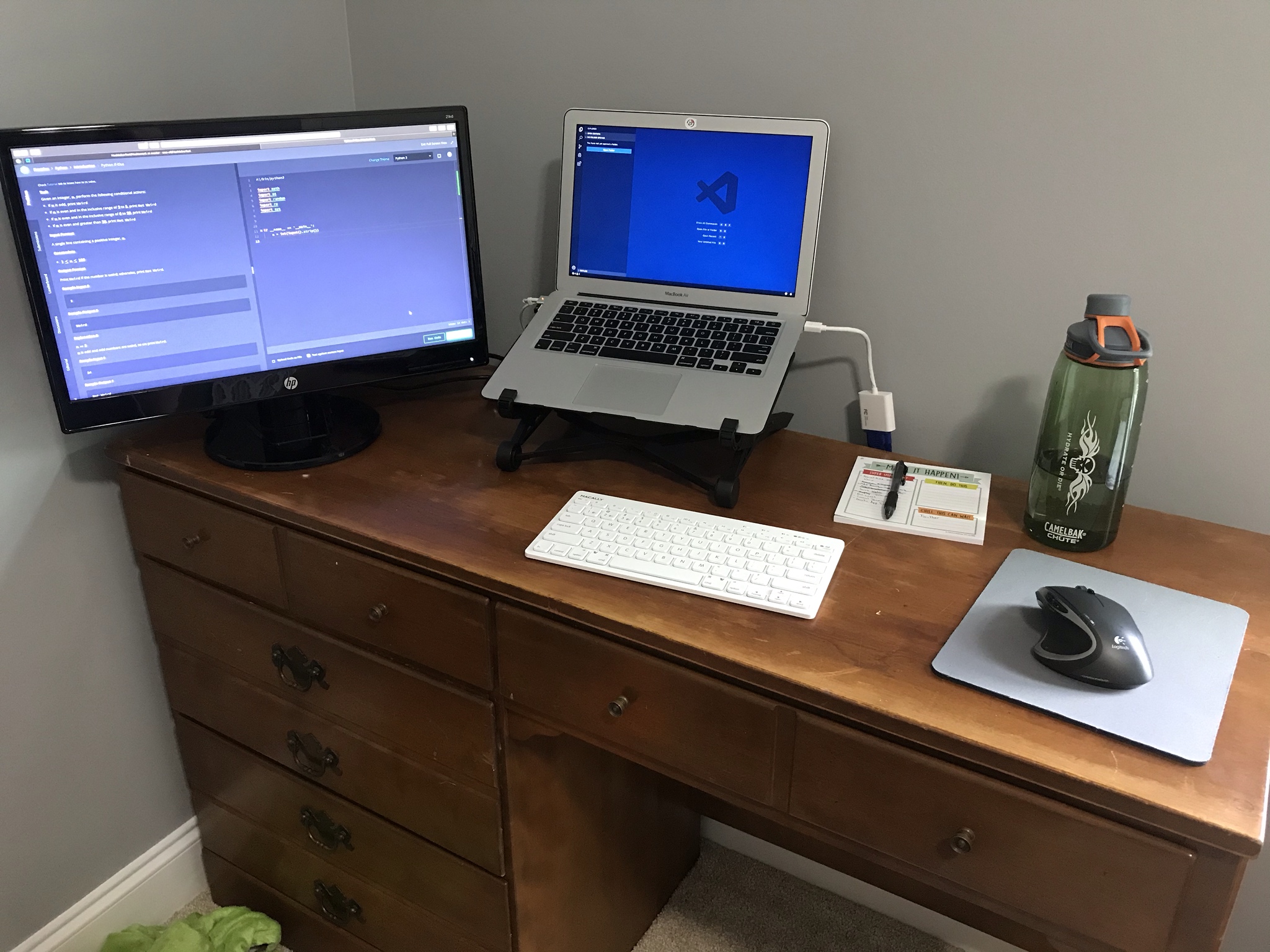 I also have a custom-built desktop.

I don't overspend on my builds, hence the very mid-range hardware.

Solidus said:
I don't overspend on my builds, hence the very mid-range hardware.
Click to expand...

I tried to do the same, although my build ended up being pretty expensive. I run video and audio rendering workloads as well as some server hosting and a lot of apps running at one.

I replied in the ergonomic keyboards thread.

Well I guess I didn't get to the point. It's alright. Bit big, lots of wires. I like split, tented, ortholinear and it ticks those boxes. But I also like my Atreus which ticks most of them while being smaller and having lovely switches.

I use one system for work and gaming.