What is better for SEO: PDFs in an iframe or linking to the PDF?

What is better for SEO: PDFs in an iframe or linking to the PDF?

Had a customer ask this question and don't quite know the answer. (The PDF in question is on the site, not external.) Looking online, I see some things indicating iframes might not be ideal for SEO, but it's not very conclusive. (Though maybe that's just the way it is when it comes to SEO.) I'm guessing having it just be a normal HTML document would be best of all? 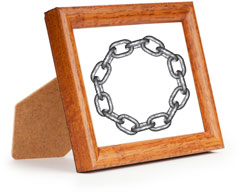 Michael Martinez posted a thread at High Rankings Forums basically confirming earlier reports that Google will see and pass value of a link within an iframe.Michael said he ran his own independent tes

Suggests that Google does pass some ‘link juice’ through iFrames. I would imagine there’s not much in it but that links are going to be more expected and I think a direct link will be a better user experience either way.

One things for certain though is that Google much prefers quality HTML over PDF, if possible.

You are right about SEO not being very conclusive, nobody really knows other than Google! They keep it secret for good reason: it's harder to cheat. There are lots of experiments but it's also impossible to do a proper A:B test where SEO is concerned because there are SO many variables!

Yes, You are right, Direct link is useful to pass a link juice to your site.