I don't have much contact with media stuff except twitter and facebook (the 2 most brutal ones obviously).
It scares the sh*t out of me thinking about the next weeks and months and what could happen and what may happen. I'm constantly on the edge of a panic attack and try to focus on everything else that cheers me up to not break out into tears and endless fear.

How do you take care of yourself and how do you handle this situation we're currently being forced into?

For clarity, are we talking specifically about the Coronavirus?

@Adam I think so.

@tom the only thing we've done is:

The media hype is much scarier than corona itself. Every year 300-400 humans die by a normal flu, only in germany - but no one talks about it.
The risk to die in an accident with a car or even at home is much higher than to die by corona.

So don't check corona news on social networks and do the things you can do: wash your hands and eat your vegetables. 😉

I like doing this and I also enjoy eating broccoli 😃 Thanks for telling me!

I can empathise, my OCD sends me haywire about the usual viruses let alone this.

Big social media is the absolute worst. Not only do you have the general rabble of the population spreading unsubstantiated panic, you have both the mainstream media pushing whatever tosh they can get away with for clicks and ad revenue compounded by well established foreign interference who will seize any opportunity to bring certain countries grinding to a halt.

Some preparations are useful, I like this gif on 'flattening the curve'. It shows how by taking precautions and spreading out the cases over a longer period of time will make things easier to manage particularly for healthcare but also logistically for food & supplies etc.

Germany seems to be doing well with the virus so far with very low mortality rate, but even the BBC who I would consider one of the better news sources is running with stupid headlines. "Coronavirus: Up to 70% of Germany could become infected - Merkel". But here's what's not in the article. German Health Minister Jens Spahn pointed out that 80 percent of all infected people would get through the epidemic with almost no symptoms.

In the UK, our supermarkets have started rationing soap. It is almost like some people are learning hand hygiene for the first time? Have these people not been buying soap before now? There is no hand sanitisers available anywhere either but at least people are washing themselves. I wonder how much easier flu season would be if people maintained a good level of hand hygeine.

You do just have to laugh about some things. I was in the supermarket yesterday and they are rationing toilet roll even because some people are stocking up. Why? Because some Americans started bulk buying to send to China where they apparently had shortages, which meant that other Americans started bulk buying so they didn't miss out, which via social media spread to the UK who started panic buying toilet roll thinking they were going to run out which actually ended up making them run out.

Pasta is out of stock also but the rest of the supermarket was absolutely full of everything else. I feel sorry for the poor families eating nothing but pasta and toilet roll(?) when they could have had anything else they wanted.

Remember where most news has come out of also. China obviously has its own problems and the USAs healthcare situation can't really be compared to ours in most of Europe. Italy is a bit worrying but they are making good progress curbing it.

Nice article: How to Manage Your Anxiety About Coronavirus

Super good advice here and on a side note, if anyone wants to talk at all, about anything at all I don't bite. I might not be the best programmer in the world but im willing to listen to whatever! Stay safe guys! The media can be scary as heck!

The media is absolutely inciting so much fear around this, which terrifies people, who pass on the fear... it's just a cycle of anxiety and blah.

I've found actually educating myself on the honest-to-God facts has been the most helpful. This article from Ars Technica was especially helpful: Don’t Panic: The comprehensive Ars Technica guide to the coronavirus [Updated 3/11]

Hang in there! I know it's hard to not fall into the worry, but we've just got to keep pushing and take the hits that come.

I have the opposite problem. I never get anxious about anything, even if perhaps I ought to be in any given situation. I'm coping by not visiting my parents, both of whom live with immunocompromised people. Other than that, well, as a healthy(ish) 30 year old it's more dangerous for me to walk to work and more likely for me to win the lottery than it is for me to die from coronavirus.

I think the best way to get over your fears is just read the statistics and interpret them yourself. It's really not that morbid. Shut yourself off from social media for a bit and stop reading the news, because gossip thrives on emotion.

While I agree that media is making a bigger deal of it than it really is, I still wouldn't downplay it. This morning a message was sent out that the county school system is closing through March 20. I expect the neighboring county will follow suit. I live in a large metropolitan area and there are already a few cases here. I'm not overly concerned at this point, but am being cautious and take extra steps to not become infected.

Some advices from an astronaut. 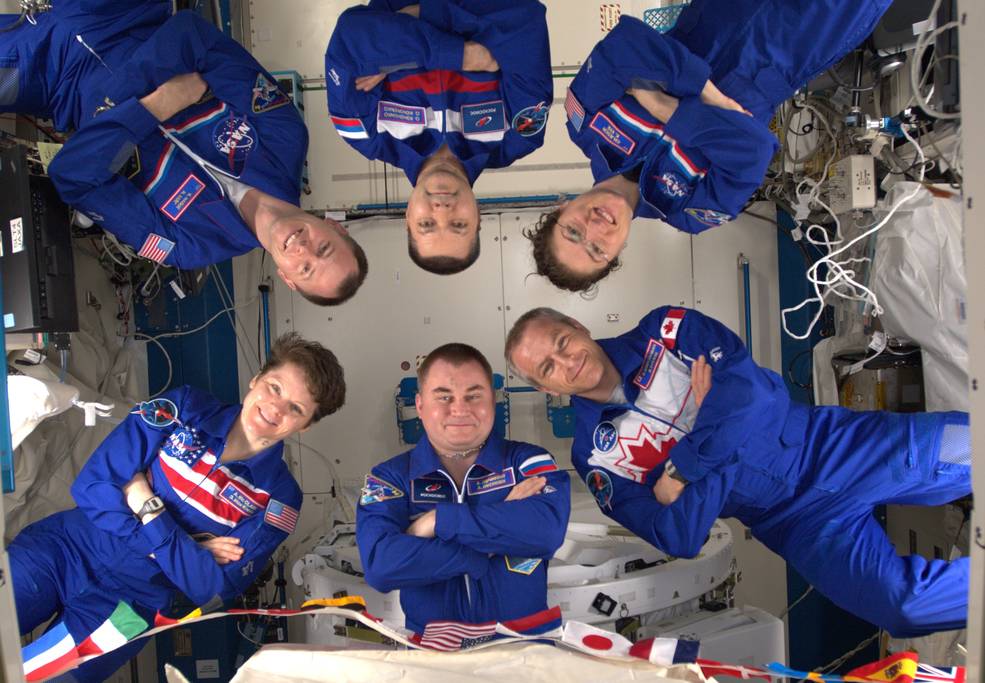 An Astronaut's Tips for Living in Close Quarters

An Astronaut’s Tips For Living in Space – Or Anywhere. Adapted from a Twitter Thread by astronaut Anne McClain.

Gummibeer said:
Some advices from an astronaut.

An Astronaut's Tips for Living in Close Quarters

An Astronaut’s Tips For Living in Space – Or Anywhere. Adapted from a Twitter Thread by astronaut Anne McClain.

What a clear instruction. I think many areas of life would be much easier and more interesting if we all followed the instructions for astronauts. It seems that people who are engaged in space exploration know more about life than they say. Perhaps they even know the meaning of life.
Share:
Facebook Twitter Reddit WhatsApp Email Share Link
Top